Interesting stuff for sure, and it’s going to be interesting how he handles the Masters in 2020. One thing is for certain… his high, long draw with the driver has got to be a HUGE advantage and make him one of the favorites going into that tournament.

A while back I did an analysis of his swing, and I thought it would be interesting to see if much has changed since then. To see the original Bryson swing review go here. Ok, let’s get started with this new swing review…

From the face on view Bryson’s stance is very wide and he is standing a very long way from the ball. Interestingly, his left hand grip is pretty weak. But his setup looks like a long drive competitor to be honest. Let’s see what happens as he swings from here….

The most interesting thing about Bryson’s take-away is how he has no wrist set in the take-away. In fact, he has reverse lag with the club in the take-away, as you can see in the pictures below… 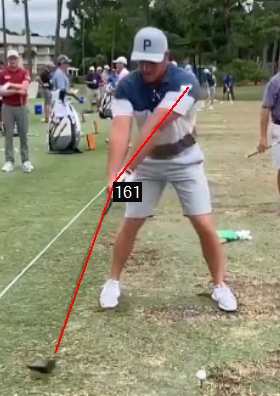 I have never seen a take-away like that in a PGA Tour Pro. It’s common knowledge that he has sped up his backswing a lot, so I guess the reverse lag is a result of doing that. But when his club is parallel with the ground he is in a much more normal position, as you can see below. 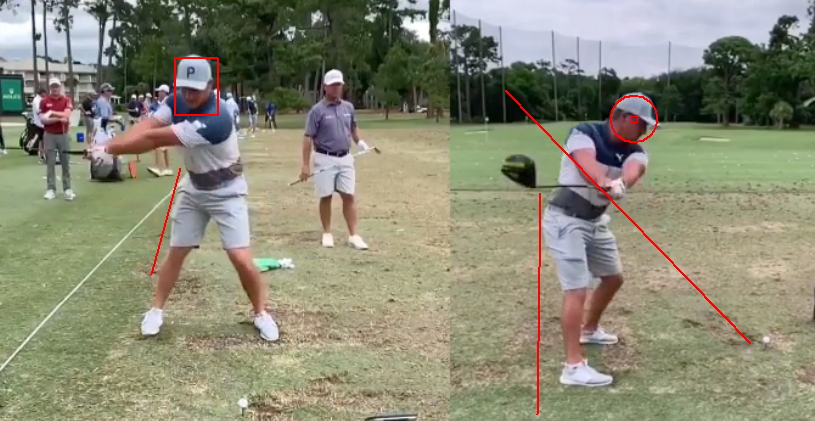 Halfway into his backswing he has a very big shoulder turn and his clubshaft is just above the original starting line. 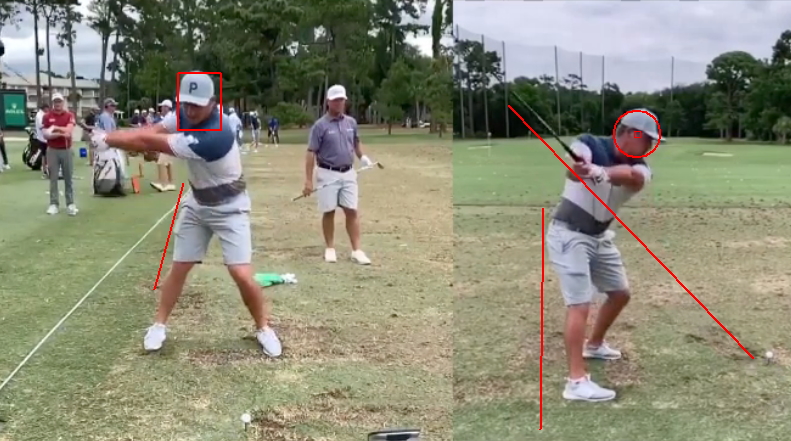 At the top of his backswing Bryson is in a great position. One change from the “old” swing is that his club is more across the line than it used to be. But all and all, it’s a great top of the backswing position. 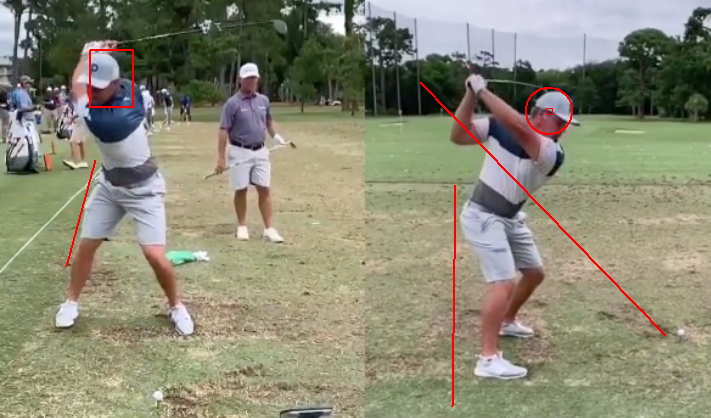 Halfway into the downswing you can see he is using the ground a lot and his head has dropped down a lot. The club is right on plane and he’s unleashing into the ball. 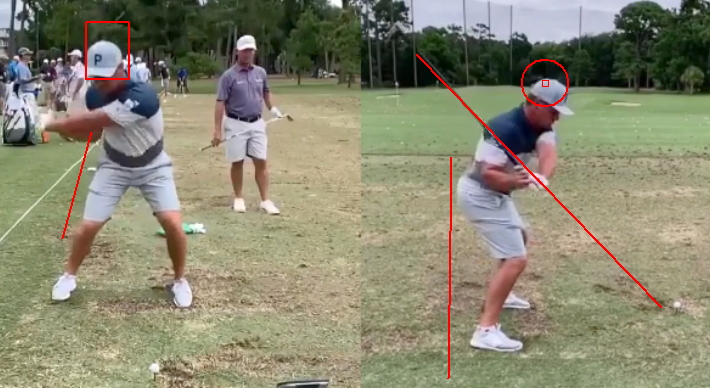 It’s interesting to see from the half-way point in his downswing (above) his left foot is well and truly planted and his left knee is pretty flexed coming into impact, as you can see below. 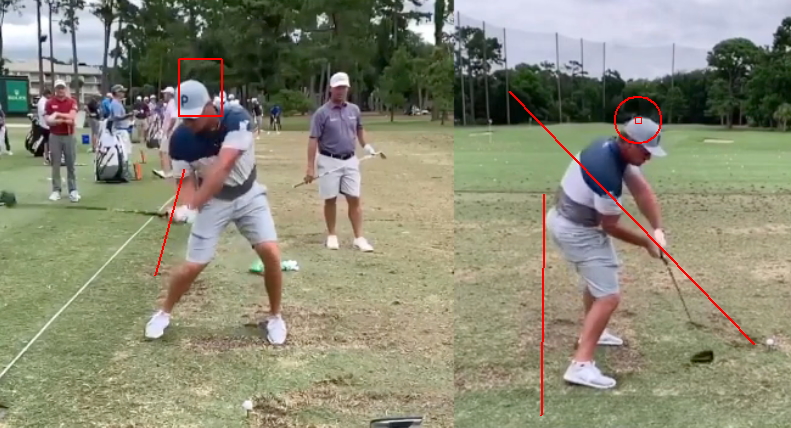 Then look at his left foot below — see how the weight is starting to move to the outside and the left leg is straightening. Great impact position though. 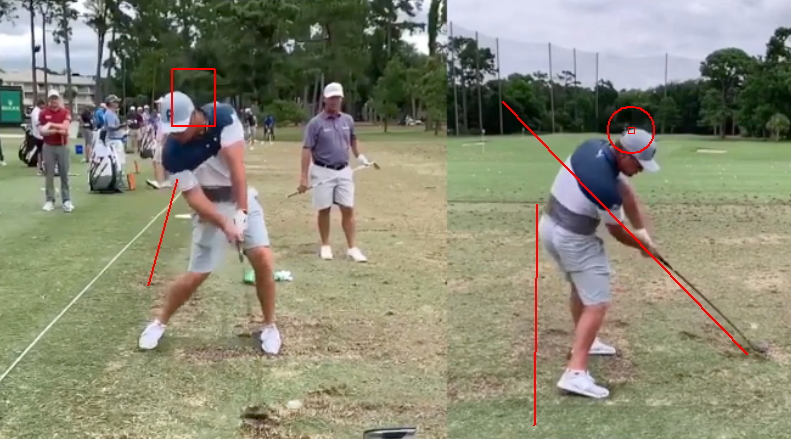 From impact on, this is where he looks like a long driver competitor. Look at the left foot below… see how it’s rolling over way more to the outside! 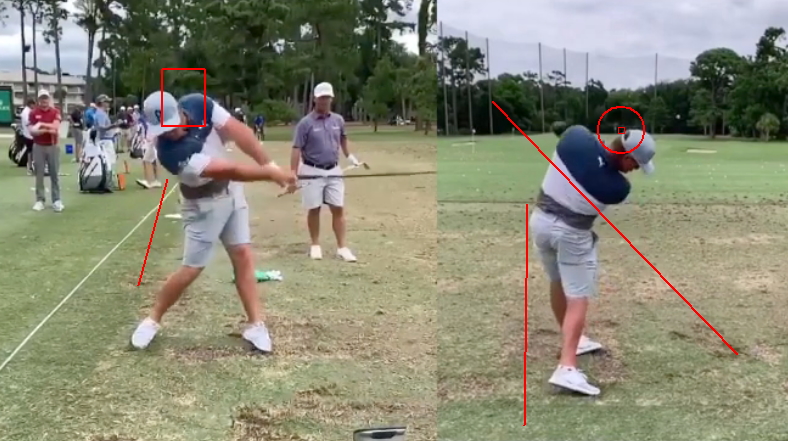 As he continues his follow-through his left foot is rotating to get out the way. It’s a pretty ugly follow-through, but who cares if the ball goes well over
300 yards in the air! 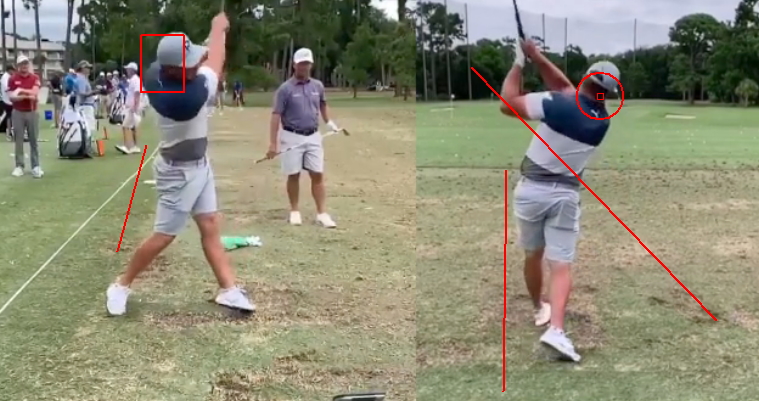 Now look how the left foot is completely turned towards the target in the follow-through. 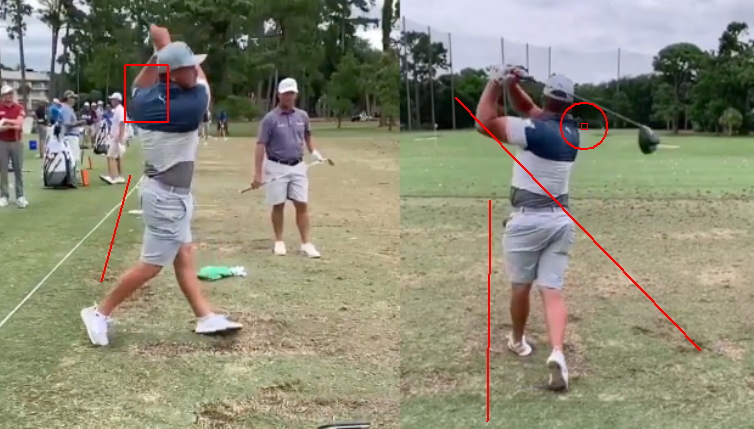 You would never see this finish position compared with a Ben Hogan finish. Bryson looks like a long drive competitor not a classic golf swing mechanic. 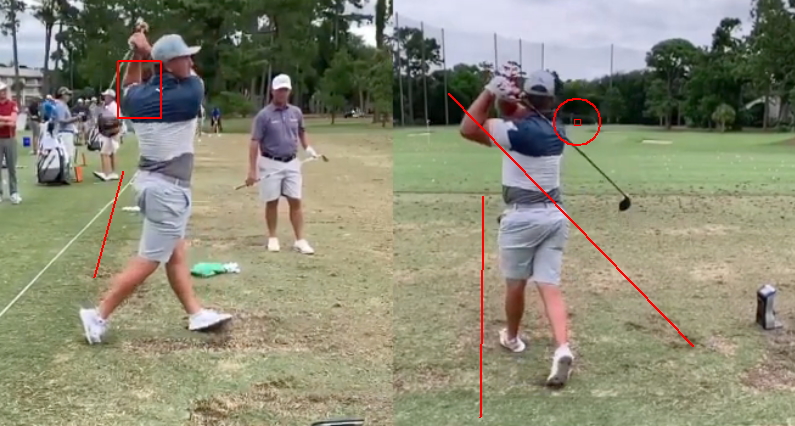 A lot of talk was made about how Bryson used bomb and gauge in the U.S. Open to win. But he wasn’t the longest driver that week. In fact he was 7th longest. Look at this:

But he has added over 20 yards to his drives in his make-over and was the longest driver on the PGA Tour last season. And from a swing perspective, the biggest changes from his old swing are: 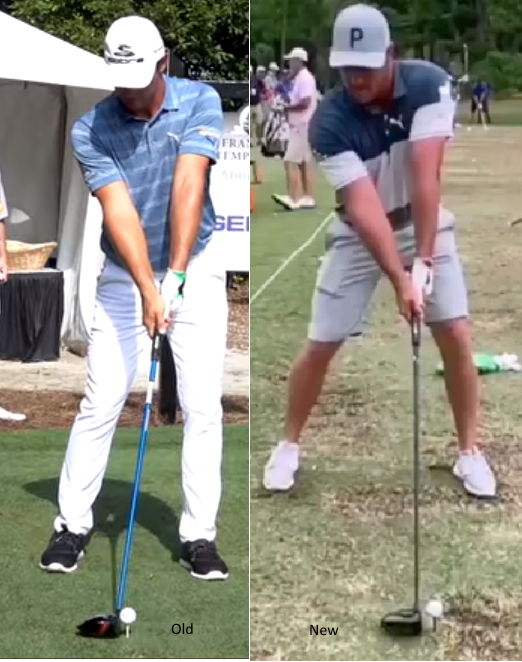 2. Club lagging behind in the take-away because of a sped up backswing.

3. Club more across the line at the top of his swing.

5. Left foot is rotated hugely out of the way in the follow-through.

Bryson still has a one plane swing, but those changes above are much more long drive competitor changes designed for extra distance – and he’s certainly done that.

It’s interesting how his swing plane hasn’t changed much. I wonder if he’s going to look at changing that for more distance because Matthew Wolf hit it quite a bit longer than him at the 2020 U.S. Open.

TITLEIST TO LAUNCH BALL OPTIMIZED FOR TRACKMAN INDOOR USE

Every little thing You Must Know About TaylorMade’s STEALTH Vary